Upgraded MiG-41 version is already in WiP stage. Narratively it's called MiG-41M and got NATO corresponding name Fulmar-E+ or (unofficially) Super Fulmar. But I personally like to call it "Fulmar on steroids" :) This concept design is stil Work-in-Progress so the final version may differ from current. 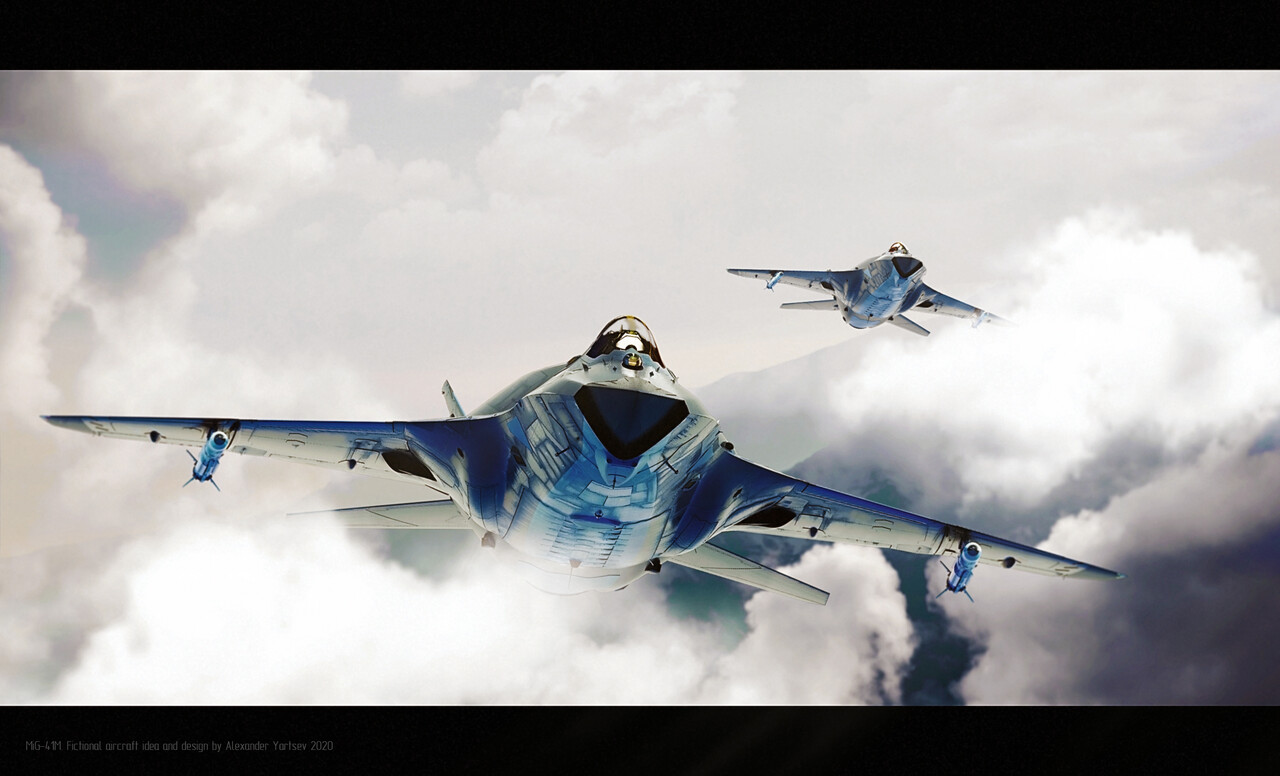 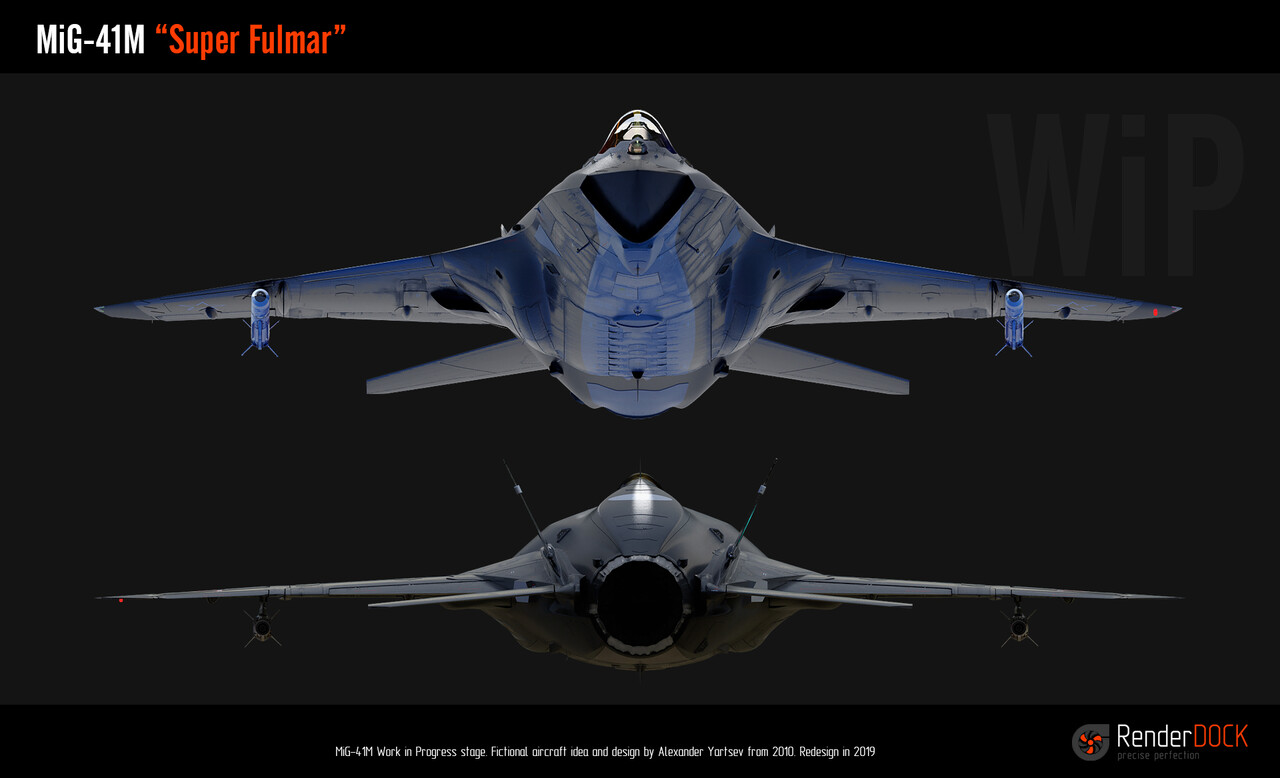 The aircraft was created to improve the combat effectiveness of the Air Force within the framework of the "Krechet" design and development project. The developer announced it as a 5+ generation multirole fighter. It has a lightweight airframe, high-strength polymers composite materials are more widely used, and there is no equipment for ship takeoff and landing. The airframe is reinforced to withstand higher G-forces. A more powerful TS-250-3 engine with a round nozzle was installed. The use of a round nozzle slightly increased the aircraft's radar signature  in the rear hemisphere, but allowed the use of all-aspect thrust vectoring control. The engine with a higher thrust and the use of a round nozzle significantly increased the thrust-to-weight ratio of the aircraft despite the increased weight. 3D thrust vector control system provided an increase in maneuverability in relation to the basic version

The newest "Vizir-Air" counteraction system was installed, The aircraft can carry "Tarantula" electronic warfare system in containers on the wing tips. The area of the rudders has been reduced, the shape of the back has been changed also. 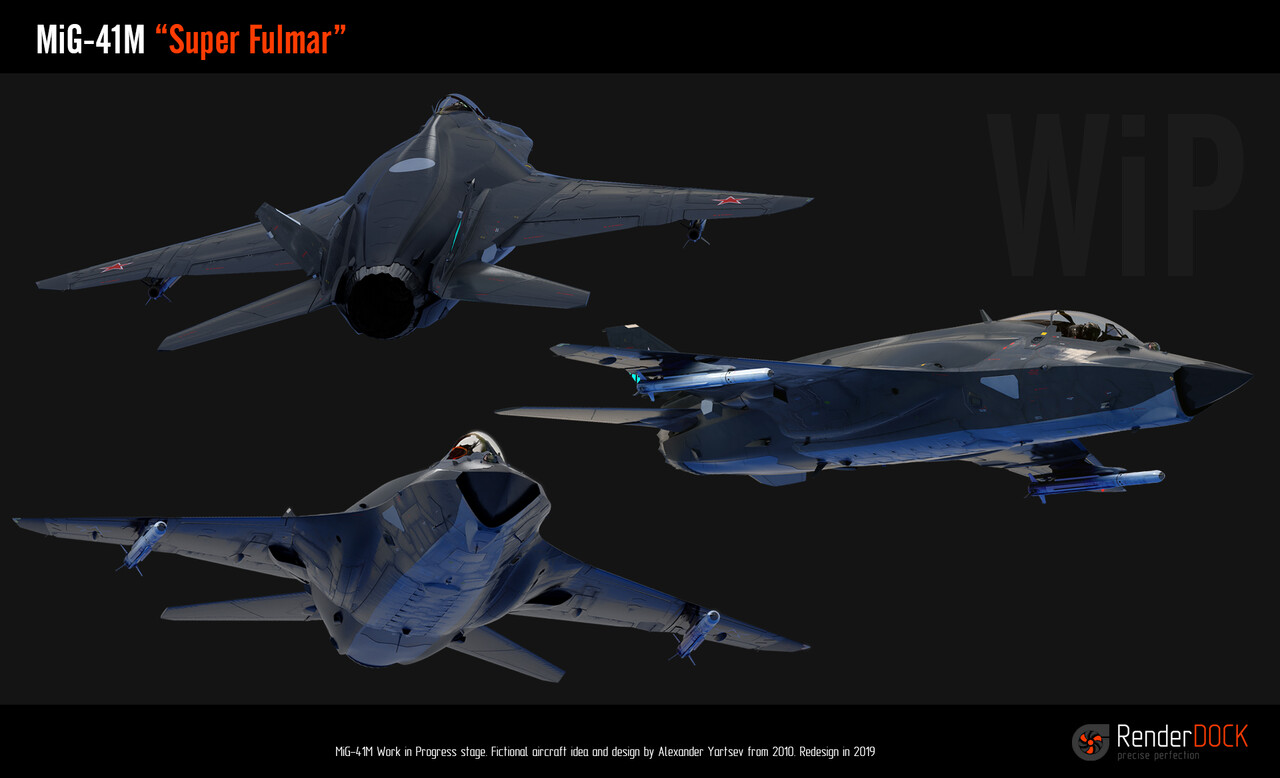 The GEOS-41 sighting system and the unguided weapon sight have been dismantled. Additional sensors of self-defense are installed in the modified fairing under the air intake. To expand the fighter's capabilities of detecting pinpoint ground targets and conducting aerial reconnaissance, a retractable high-performance round-the-clock surveillance and sighting system OS-21 "Klin", similar to that used on the reconnaissance and strike UAV SP-12 "Sapsan", is installed between the main weapon compartments. 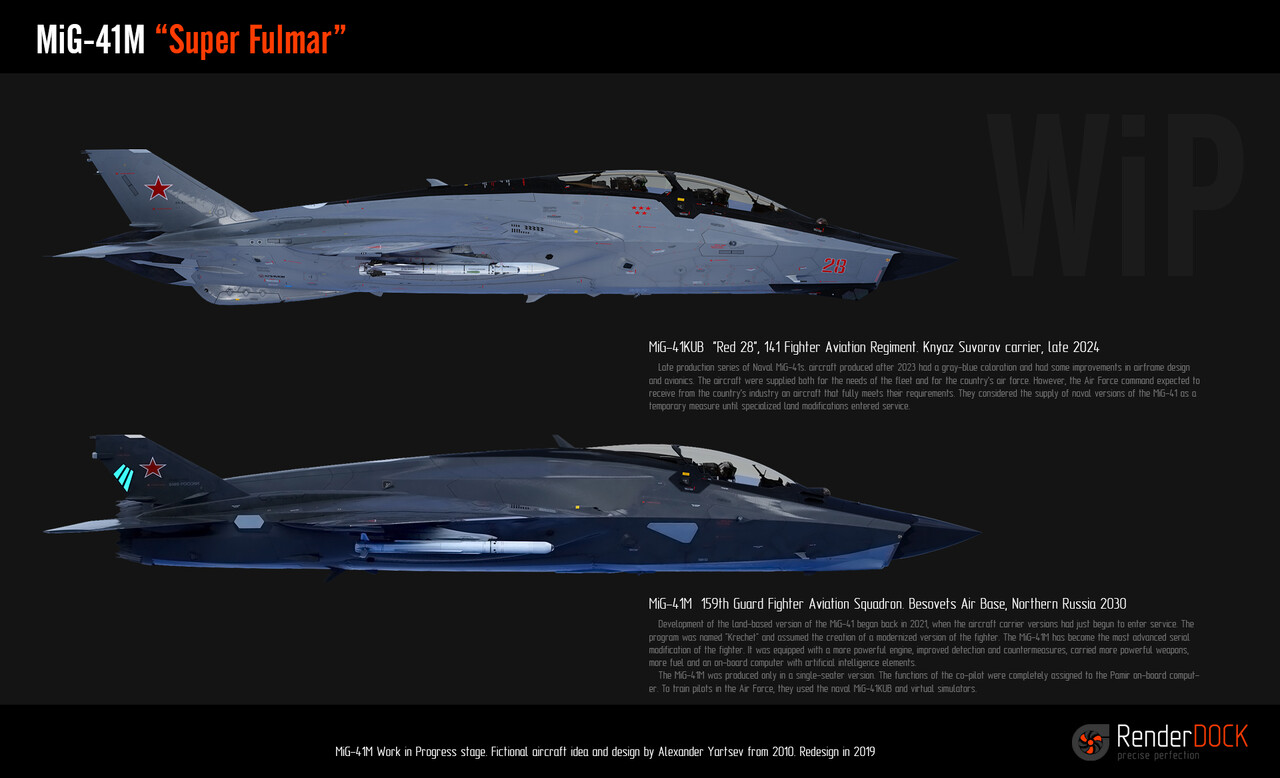 On-board computer "Pamir" is one of the main innovations of the project. An on-board computer equipped with AI elements, capable of controlling most of the fighter's functions, performing automatic take-off, landing and air refueling, as well as significantly speeding up the pilot's in-combat decision-making. It provides the capability to use the aircraft as UAV

The aircraft uses the latest diagnostic systems, including a complex of structural integrity sensors based on fiber optic. A permanently operating system monitors the load on the bearing elements, is able to promptly identify damage and assess their criticality. 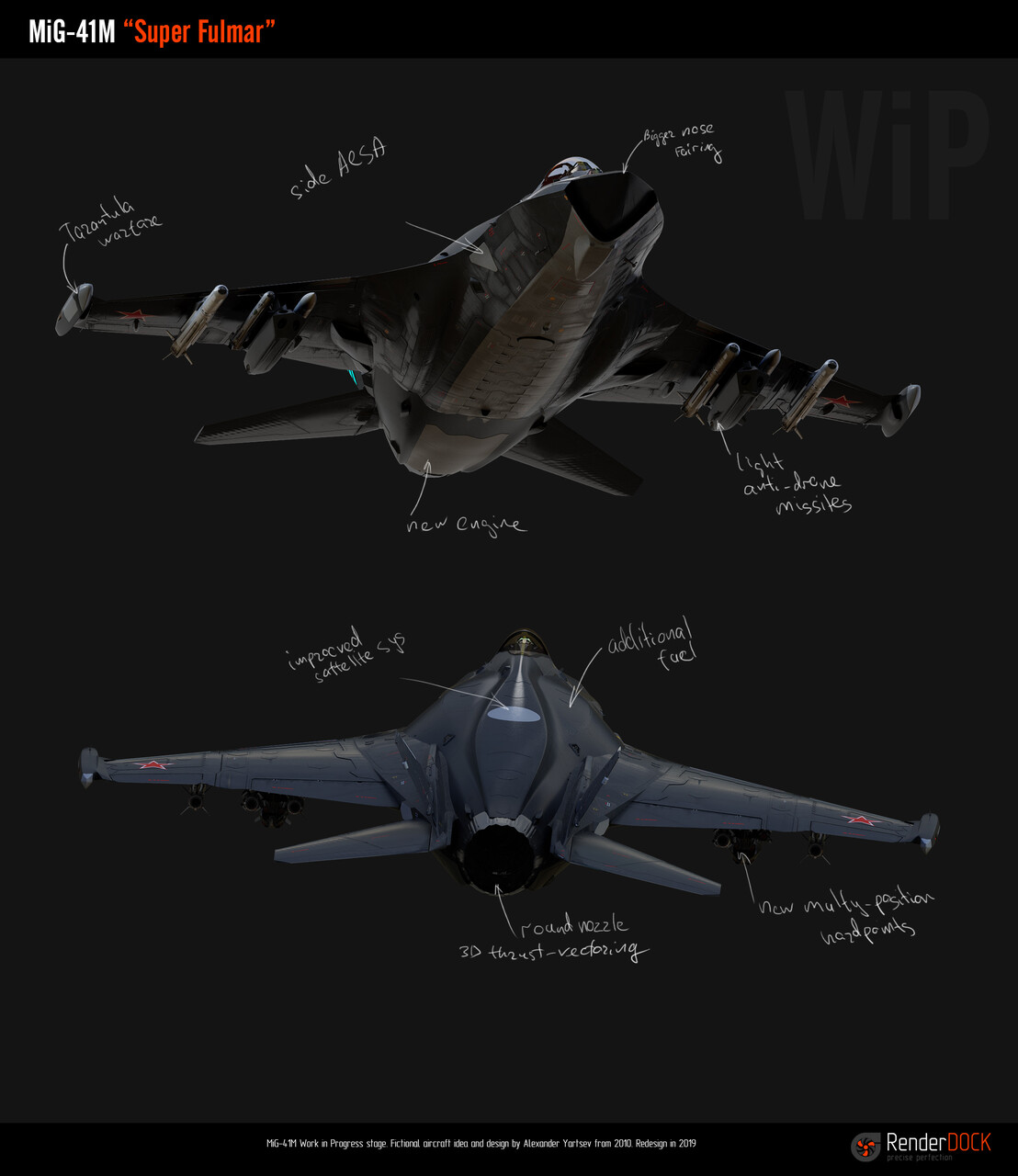 Additionally, the machines are equipped with conformal fuel tanks on the top of airframe, which increase the combat range by 50%.

For the first time, the MiG-41M received the latest R-200 ultra-long-range air-to-air missiles capable of hitting targets in near space, as well as containers with small guided missiles LMT-A "Minoga" designed to destroy light UAVs, cruise and even air-to-air missiles. 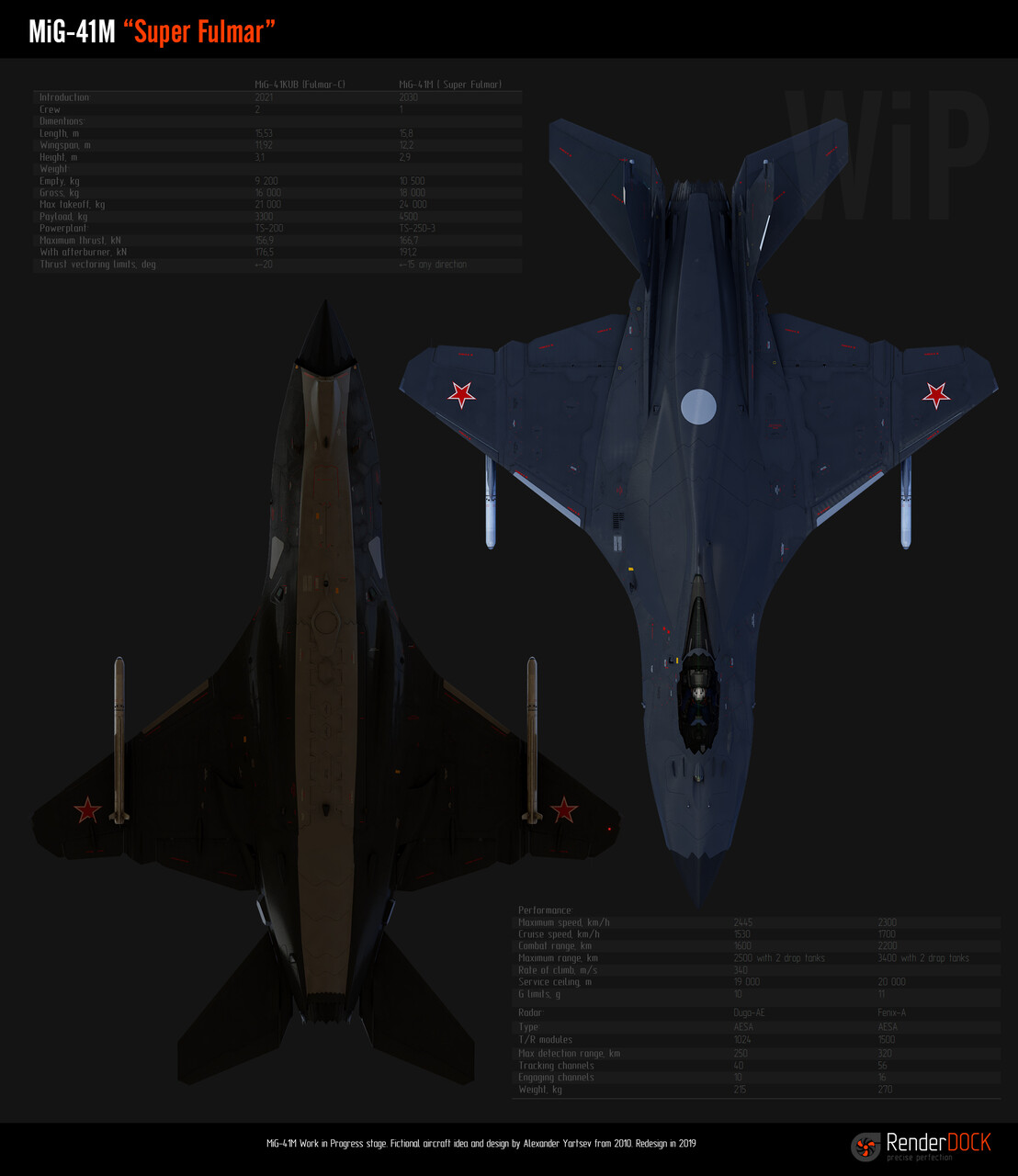 In total, 230 aircraft were ordered for the Russian Aerospace Forces with a delivery time of up to 2037.