Long time ago (in 2009) I started a project, that still going ten years after. The idea was to make a new fighter aircraft concept, based on famous soviet MiG-21bis. I've named it MiG-41 then, and even old renders that you can find now around the web were widely liked by people and when the real MiG-41 development was announced various news portals are still using those renders as illustrations for their posts: 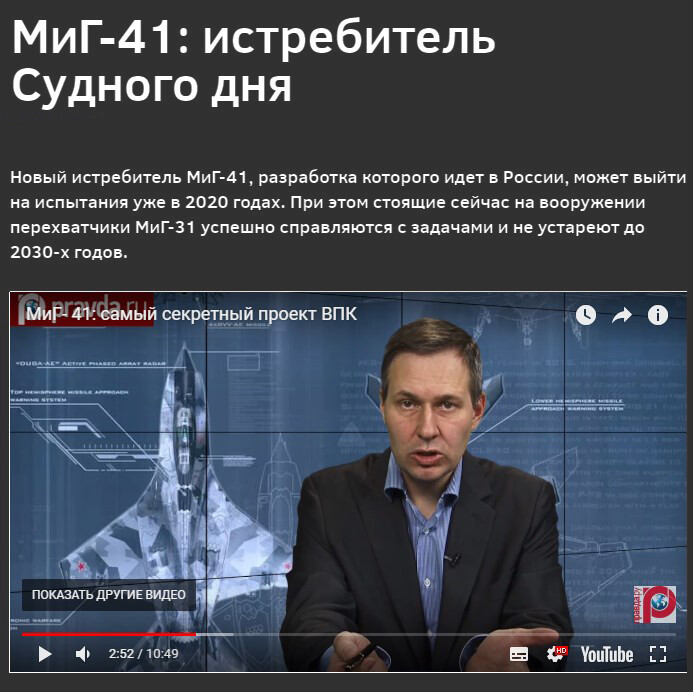 So, during past years I had an idea to make a more detailed version of this aircraft. Now works are close to finish and I can share some new schematic views and info. First of all that it will be the naval modification (for a future aircraft carrier) with arresting hook and folded wing-tips. Also it will be performed as a single-seater (MiG-41K) and twin-seater (MiG-41KUB) versions. Similar to modern MiG-35 they will have minor differences. Single seater will have carbon fiber plating instead of second clear canopy and an additional fueltank instead of ejection seat and other equipment. This new fighter received a name Burevestnik (Procellariidae, seabird. Direct translation from Russian is "Thunderbird") and NATO reporting name "Fulmar".

One of the main issue during the development was to house at least 6 air-to-air missiles inside the specially remastered internal bays. Russian medium range AA-12 Adder with their weird folding grid rudders fit quite well in the main bays, but standard AA-11 Archer missiles were to big to fit the side bays. So I decided to design a missile specially for this aircraft. The main issue was that there are no much new to say in the nowadays AA missile design so that it would correspond with the modern technologies but not the tech from the galaxy far-far away. So, using as references the modern missiles (such as R-73, R-77 AiM-9X and ASRAAM) eventually this one unique design was born. It has retractable folding grid rudders both for advanced agility and reducing it's size while internal-carrying, thrust vectoring nozzle for crazy maneuvers and overall shapes which made it look like some dagger or stiletto - something you will make up when thinking about close-range weapon. 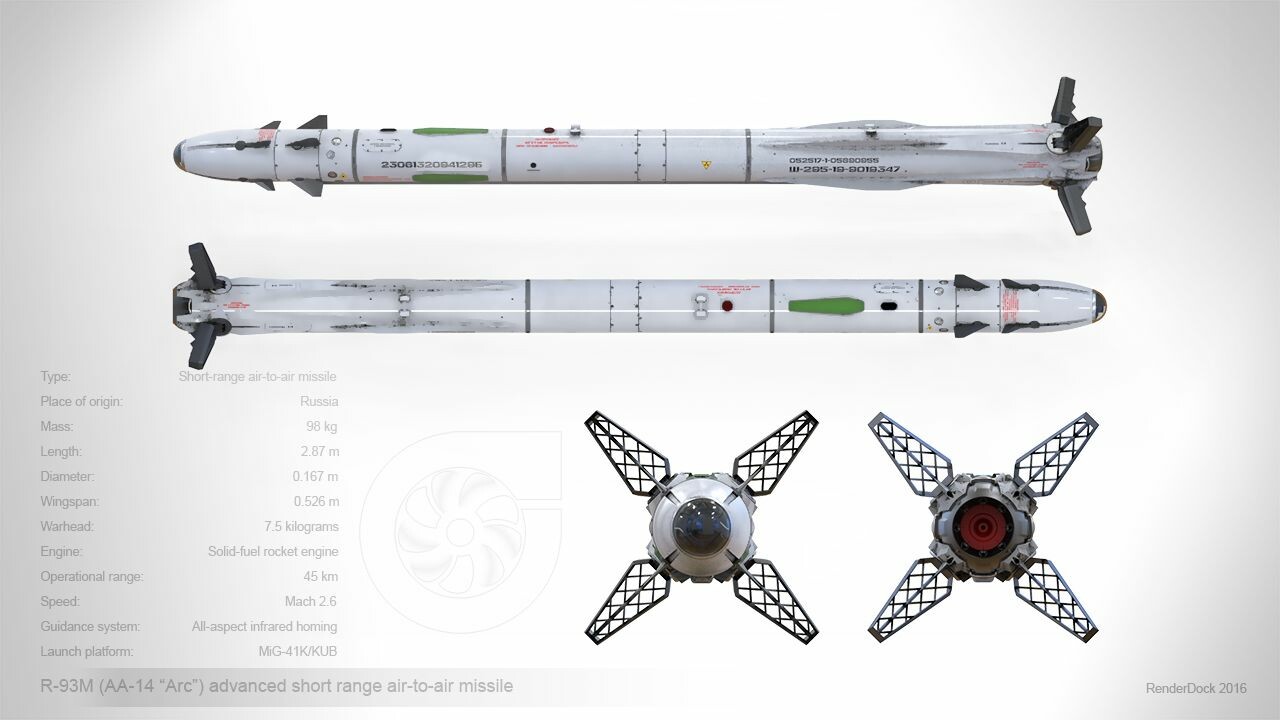 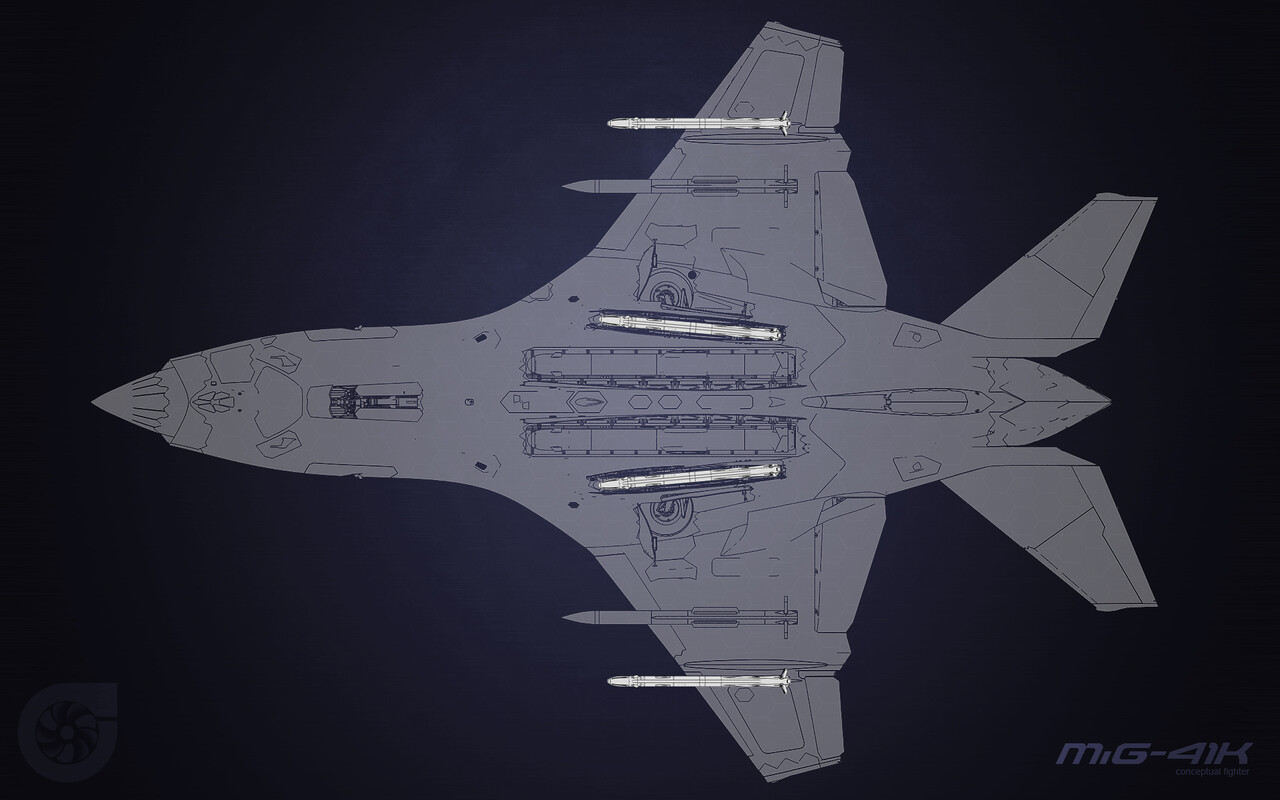 This illustration shows the bottom view of MIG-41K and the arrangement of it's armament variant. The external payload is optional and usually represented by two R-73 (AA-11 Archer) or R-93M (AA-14 Arch) short range missiles and two R-77 (AA-12 Adder) medium range missiles that could be replaced by a variety of guided air-to-surface missiles and bombs. The fighter has four internal weapon bays. Two small side bays specially designed to carry two short range missiles and two main bays capable to house air-to-surface missiles, guided bombs or R-77. Two Kh-38 missiles are represented on this schematic view. As the aircraft is intended to be a naval one, the Kh-35 missiles will also be tested.